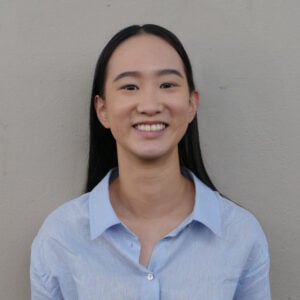 The a2 Milk Company Ltd (ASX: A2M) share price will be on watch today after the dairy company released its full-year results.

For a primer on a2 Milk’s business, check this article: ASX infant formula wars: a2 Milk vs. Bubs vs. Nuchev. If you’re already up to speed, let’s jump into the results.

These results are in line with the guidance a2 Milk provided in its trading update in April, guiding for revenue between NZ$1.7 billion and NZ$1.75 billion, and an EBITDA margin ranging from 31% to 32%.

Operating cash flow jumped 48% to NZ$427.4 million on the back of a strong cash conversion rate, boosting the company’s cash balance to NZ$854.2 million. The company noted this cash balance will continue to be important in the execution of its growth strategy, including potential participation in manufacturing.

a2 Milk’s gross margin also improved, increasing from 54.7% in FY19 to 56%. The margin benefited from improved price yield and the positive effects of currency movements, partially offset by an increase in cost of goods sold related to infant formula.

During the period, a2 Milk increased its marketing investment by 45%, spending NZ$194.3 million to drive brand awareness and target opportunities in China and the US. This was slightly lower than the forecasted NZ$200 million due to efficiencies in media spend in the fourth quarter.

The company finished the year with inventory of NZ$147.3 million, more than 35% higher than last year. a2 Milk said this partly reflected its growing business, as well as the decision to carry a higher level of inventory as a safety buffer given the uncertainties of COVID-19.

Taking a look at segment results, a2 Milk’s infant nutrition business continued to be the company’s biggest driver of growth, recording a 33.8% increase in revenue to reach NZ$1.42 billion.

a2 Milk has been ramping up its effort to sell China label infant nutrition products, which can be sold in mother and baby stores (MBS), modern supermarkets and domestic e-commerce channels. Sales of China label infant nutrition more than doubled in FY20 to NZ$337.7 million, with 62.7% growth for the most recent half. Distribution also expanded to 19,100 stores. The company said its MBS market value share finished at 2%, up from 1.7% in 1H20 and 1.3% in FY19.

Cross border e-commerce (CBEC) channels are also growing strongly, with sales of English label infant formula up 40.3% to NZ$341.1 million. CBEC includes popular Chinese e-commerce channels like JD.com and Alibaba’s Tmall. a2 Milk said its CBEC market value share was 21.7% at the end of FY20, up from 18.6% in FY19.

The mature ANZ liquid milk business reported robust growth as customers increased their in-home consumption during lockdowns. The company achieved accelerated double-digit growth of 14.1%, with revenue coming in at NZ$152.5 million. a2 Milk noted it continues to be the only fresh milk brand ranged in all major supermarket chains and the highest brand advertiser in the fresh milk category.

Turning to the USA, the company delivered liquid milk revenue of NZ$66.1 million. This represents growth of 91.2% over FY19 (off a relatively low base) as brand awareness more than doubled and conversion rates were up significantly.

However, this business is still loss-making, recording an EBITDA loss of NZ$50.5 million as the company continues to increase investment in building brand awareness and distribution growth.

Commenting on outlook, a2 Milk said COVID-19 uncertainty could impact consumer behaviour in its core markets, as well as participants within the supply chain, particularly in China.

Despite these uncertainties, the company anticipates continued strong revenue growth, supported by its continued investment in marketing and organisational capability.

a2 Milk expects its FY21 EBITDA margin to be in the range of 30% to 31%, reflecting higher raw and packaging material costs (partially offset by price increases), increased marketing investment, COVID-related pantry stocking not being replicated, and the lack of foreign currency benefits as seen in FY20.

Disclosure: At the time of publishing, Cathryn owns shares of a2 Milk.