The ANZ share price has fallen 21% this year. Is it in the money? 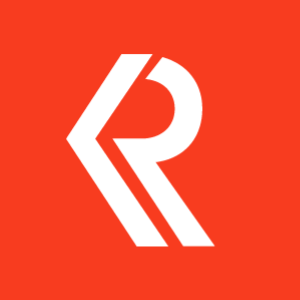 Free high-quality* financial news for everyone (*with an occasional spelling mistake). That's our mission. It's what we do. Visit raskmedia.com.au to find the latest news, insights, video and audio content.
More analysis from this author
Thinking of investing in ANZ Banking Group (ASX: ANZ) shares, or a competitor like National Australia Bank Ltd (ASX: NAB)? With the ANZ share price trading at $22, now is a great time to take a closer look.

ANZ Bank is a leading bank in Australia and New Zealand, with a presence throughout the oceanic region. ANZ is one of the Big Four Aussie banks and a leader in the NZ banking market, deriving much of its revenue from mortgages, personal loans and credit.

The ANZ share price has fallen 21% this year. Is it in the money?

For long-term investors looking to invest in great companies and hold them for five, 10 or 20 years, at Rask we think it’s fair to say that a good workplace and staff culture can lead to improved retention of high-quality personnel and, in turn, long-term financial success of a company.

One way Aussie investors can take a ‘look inside’ a company like ANZ Banking Group or National Australia Bank Ltd is to use a HR/jobs websites such as Seek. Seek’s website includes data on the HR of companies, including things like employee reviews. According to the most recent data we pulled on ANZ, for example, the company’s overall workplace culture rating of 4.1/5 was greater than the ASX banking sector average rating of 3.71.

2. Look at the banking margins

ASX bank shares such as ANZ need debt and good profit margins to make their business profitable. Meaning, a bank gets money from term deposit holders and wholesale debt investors and lends that money to homeowners, businesses and investors. The difference between what a bank pays to savers and what it makes from mortgage holders (for example) is the net interest margin or NIM. Remember: when it comes to NIMs, the wider the margin the better.

If you are planning to approximate the profits of a bank like ANZ or Commonwealth Bank of Australia (ASX: CBA), knowing how much money the bank lends and what it makes per dollar lent to borrowers is important. That’s why the NIM is arguably the most critical measure of ANZ’s profitability. Across the ASX’s major bank shares, we calculated the average NIM to be 1.92% whereas ANZ Banking Group bank’s lending margin was 1.63%, highlighting it delivered a lower-than-average return from lending compared to its peer group. This may happen for many reasons, which are worth investigating.

The reason analysts study the NIM so closely is because ANZ Banking Group earned 80% of its total income (akin to revenue) just from lending last year.

Return on shareholder equity or just ‘ROE’ helps you compare the profit of a bank against its total shareholder equity, as shown on its balance sheet. The higher the ROE the better. ANZ Banking Group’s ROE in the latest full year stood at 10.9%, meaning for every $100 of shareholder equity in the bank it produced $10.90 in yearly profit. This was under the sector average of 11.33%.

4. The buffer against losses

For Australia’s banks the CET1 ratio (aka ‘common equity tier one’) is paramount. CET1 represents the bank’s capital buffer which can go towards protecting it against financial collapse. According to our numbers, ANZ Banking Group had a CET1 ratio of 11.3%. This was under the sector average.

A dividend discount model or DDM is one of the most efficient ways to create a estimate of ASX bank shares. To do a DDM we have to arrive at a calculation of the bank’s dividends going forward (i.e. the next full-year dividend) and then apply a risk rating. Let’s assume the ANZ’s dividend payment increases at a consistent rate each year into the future, somewhere between 2% and 3%. We will use multiple risk rates (between 6% and 11%) and then average the valuations.

While ANZ shares might appear decent value right now based on this statistical method, please don’t make a decision to buy or sell ANZ shares based on this article. Consider reading at least two or three years’ worth of ANZ Banking Groupannual reports and then seek out good investors and analysis which disagrees with your perspective — that’s an educated way to figure out if you’re making a attractive decision based on rigorous analysis and countering opinion. Finally, before going any further with ANZ or NAB shares, I suggest getting a copy of our free investment report.