Growing up with a Gorilla in your backyard 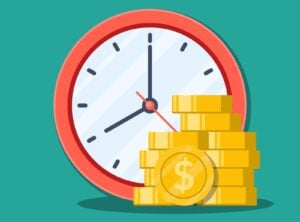 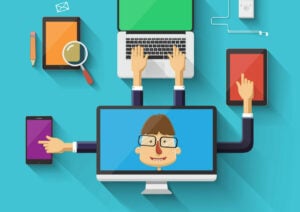 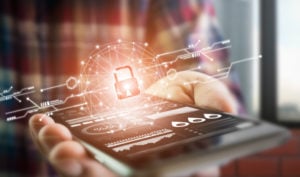 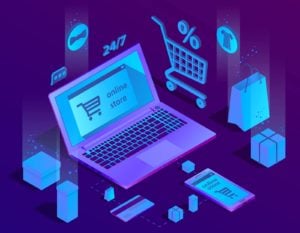 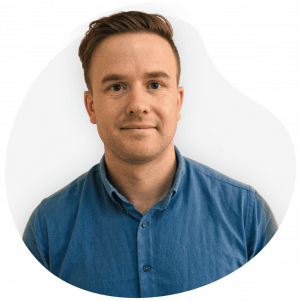 Here’s a chart I included in our Value Investor Program last year when I hosted value investing workshops in Melbourne, Sydney and Brisbane (note: the program is now fully available online).

The chart is our take on the ideas put forward in the brilliant book, The Gorilla Game: An Investor’s Guide to Picking Winners in High Technology.

I’ve written to this column about Gorilla stock investing quite a few times.

Basically, they’re companies that position themselves as leaders in important industries and become so important and dominant in that industry to the point where they make their own rules.

A good, early example in Australia might be Audinate (ASX: AD8) with its Dante system. It makes audio-visual equipment and software and claims to control more than the lion’s share of its industry — the Gorilla’s share.

Audinate is not a company we own or ‘recommend’ inside Rask Invest, our premium members-only share research service.

However, an even better example of a Gorilla in our neighbour’s backyard is Microsoft (NASDAQ: MSFT), the technology stalwart.

The Microsoft Windows operating system was a game-changer in the 90s because applications — like web browsers, routers and virtually every type of consumer software — was forced to work according to Microsoft’s rules.

Despite its huge brand, reach and profitability, Microsoft said something almost unbelievable just a few weeks ago, during COVID-19.

As you may know, Microsoft has been aggressively switching away from physical disks for installing the Windows operating system and Microsoft Office products.

For years now, under the watch of CEO Satya Nadella the company has been taking its Microsoft 365 products to the cloud, alongside its incredibly profitable hosting service Azure, and asking users to pay a monthly subscription fee to ‘licence’ its product.

Fast-forward to COVID-19 and businesses are stuck. Sending everyone home to work, play and get productive. Hundreds of millions of workers around the world were forced to adapt. Quickly.

“As COVID-19 impacts every aspect of our work and life, we have seen two years’ worth of digital transformation in two months”

Microsoft, a Gorilla in its prime, isn’t alone.

I was driving home from Melbourne CBD this week and as usual, I was streaming investment content. Instead of my usual podcast digest, I took the opportunity to listen in to a quarterly conference call from another extremely promising technology company I’ve been researching.

It’s a Gorilla in its own right, but a Gorilla that might be considered just a few years old.

On the call — and I’ll paraphrase this quote a little bit because I want to slap a buy rating on this company’s shares for Rask Invest, so I can buy the shares myself! — the Founder said something to the effect of:

‘What we’ve seen is probably about five years of demand brought forward to now.’

I had to hit the automatic rewind button a few times.

‘Holy moly’ is what I thought to myself as I dodged traffic on the Monash freeway.

It’s no wonder this company is priced to perfection, growing its revenue super-fast, and its shares are rapidly approaching their all-time high…

I want to stress something important that I’m seeing take effect:

It’s not just big US tech stocks doing amazing things during COVID-19. There are many ASX-listed shares achieving results I never thought were possible.

Again, I won’t ‘lift the lid’ on this company I own — it’s a current Buy idea inside Rask Invest.

However, one of my long-term holdings (which was covered as my case study in the Value Investor Program) today hit its all-time high after revealing that it expects to double its version of operating free cash flow in the year ahead. Double.

Despite reaching its all-time high, the tech company is only now closer to the higher end of our valuation range.

So, what does that chart mean?

Before I leave you, you’re probably wondering what the chart at the top of the email actually means…

As I explain it in the Value Investor Program, think of the dark blue shaded area in the chart as ‘all of the value created and captured by the Gorilla’.

Then, imagine the company does something — adds a new product, feature or makes a timely acquisition — which materially increases its competitive advantage period.

As the Monster and its industry grows, and as it bolts on more products or moves into adjacent markets, the risk of owning that company actually declines.

However, the laws of finance tell us that the less risky a business is, the lower its discount or ‘risk rate’ should be.

This mathematical Kung Fu does something incredible to the expected value of ALL future cash flows earned by a business — it amplifies them. Not just a little. A lot.

This is the insight so many traders, dyed-in-the-wool value investors and even most growth investors get horribly wrong.

Anyone who has an average holding period (i.e. how long you hold a stock in your portfolio without selling) of less than 2-3 years is doing investing wrong.

Without investing 2, 3, 5 or 10+ years, the value of owning a compounding Gorilla/Monster in your portfolio is completely wasted.

This is why my job, overseeing Rask Invest, is incredibly relaxing, enjoyable and — at times — profitable.

If I do my work well enough and find these companies early, then convince everyone else who’s crazy enough to strap in and hold on for a wild ride — the rest takes care of itself.

So, before you go thinking that the best is behind investors — think again.

I’m convinced that if you’re smart, keep control of your emotions, look in the right places, invest in yourself and hold for the ultra-long-term, the very best opportunities are still in front of us.

Afterpay, Zip Co, Sezzle… is BNPL the opportunity of a lifetime? Or is the sector a ticking time bomb? Our analyst’s 7,500-word report, Our Ultimate BNPL Sector Report, takes a deep dive into the BNPL sector and shines a spotlight on each of the major players in this booming market. You can get the full report right now (for FREE) by entering your email below, we’ll email it to you.

Afterpay, Zip Co, Sezzle… is BNPL the opportunity of a lifetime? Or is the sector a ticking time bomb? Our analyst’s 7,500-word report, Our Ultimate BNPL Sector Report, takes a deep dive into the BNPL sector and shines a spotlight on each of the major players in this booming market. You can get the full report right now (for FREE) by clicking the button below.

There are a few ASX shares that I’d be very interested in buying in December. One of those ideas is A2 Milk Company Ltd (ASX:A2M).

There are a number of really good ASX tech shares that Aussies can buy. I think at least two of them could be worth buying in a growth portfolio at the moment.

Lawrence Lam from Lumenary Investment Management says what matters the most in investing is what happens in the future, not what is happening now.