If you’re looking for interviews with some of Australia’s most sophisticated investors, watch this free video from The Australian Investors Podcast. For more free videos, subscribe to Rask Australia’s YouTube channel by clicking here – did I mention it’s free?

Challenger is Australia’s largest provider of ‘annuities’, which are financial products typically sold to retirees who seek reliable income. Challenger was established in the mid-80’s and listed on the ASX in 1987. In 2019, Challenger managed more than $80 billion between its investment portfolio, which is the sum of the money invested by retirees who buy annuities, and its fund management business.

Challenger shares ended the day 14% higher after the company released its half-year financial report showing a 10% increase in funds under management (FUM) and an interim dividend of 17.5 cents per share, the same as last year.

Promisingly for investors, Challenger CEO Richard Howes said the company is on track to meet its 2020 full financial year ‘normalised’ before-tax profit goal of between $500 million and $550 million. In the first half, Challenger delivered a before tax profit of $279 million, up 3%.

“The ongoing execution of our carefully planned strategy, together with our response to industry disruption has put Challenger in a good position to optimise performance in the current environment,” Howes said in the company’s ASX release. Read more here: “Challenger shares rise on HY report”

Transurban owns and operates 15 toll roads in Melbourne, Sydney, and overseas. Revenue growth is derived from traffic growth and its very own rivers of gold – inflation-protected toll prices. CityLink in Melbourne is Transurban’s biggest asset -working out to be about twice the value of the roads in Brisbane.

Shares of our country’s leading toll road owner and operator finished the day 0.4% higher despite releasing its latest batch of financials to investors.

In its ASX release, Transurban said its average daily traffic (ADT) rose 2.3% versus the same half in 2019. This led to a proportional toll revenue increase of 8.6% to $1.396 billion and free cash flow of $927 million. Ultimately, Transurban said the results underpinned its half-year distribution/dividend of 31 cents per security.

Transurban CEO Scott Charlton said, “We are now seeing a significant number of opportunities emerge in our core markets and will move to take advantage of them, while maintaining our normal disciplined approach.”

The Western Australian-based mining company delivered a half-year revenue result up 31% to $826 million and a net profit result of $127 million, up 54%. A dividend of 7.5 cents per share fully franked was declared.

“The combination of these earnings, cashflows and overall returns is the result of our highly disciplined approach to capital investment, whether it be through exploration, development or acquisition,” Northern Star Resources’ CEO Bill Beament said. 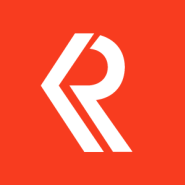