The Fortescue Metals Group Limited (ASX: FMG) share price is under the spotlight today as the mining giant announced some important leadership changes at the business.

Fortescue announced that Dr Andrew Forrest AO is going to be appointed as the executive chair of Fortescue. He will oversee the iron ore business for an interim period to help drive the company’s transition when the current CEO Elizabeth Gaines concludes her role as CEO in August 2022.

Elizabeth Gaines will remain on the Fortescue board as a non-executive director and become global brand ambassador for Fortescue Future Industries (FFI).

Fortescue announced that Dr Mark Hutchinson, the former President and CEO of General Electric, is going to join FFI in early July 2022. He will start as the ‘Director of Projects’ and by the end of the year he will become the CEO of FFI.

He has been at GE for 24 years. Fortescue said that it has helped develop and execute a shared growth strategy for all GE businesses. Dr Hutchinson said that joining FFI was the the opportunity of a lifetime, making a difference to humanity and bringing great value to Fortescue shareholders.

Dr Hutchinson will be focused on FFI’s global portfolio of green projects to meet customer demands, while also leading the FFI team.

The current FFI CEO, Julie Shuttleworth, will continue in her role during the transition process and then move to a senior executive leadership role at FFI.

Fortescue also reminded investors that it has announced that RBA Deputy Governor Dr Guy Debelle will become the chief financial officer of FFI in June 2022.

FFI could be a very important driver of the Fortescue share price in the coming years.

Fortescue announced that Ms Li Yifei will be appointed as a Fortescue board director in 2022. She is currently on the board of Blackrock China and was country chair for Man Group in China, one of the world’s largest hedge fund managers.

Dr Jalal Bagherli will be appointed as the co-chair of acquired high-performance battery business of Williams Advanced Engineering (WAE), along with Mr Mark Barnaba, the deputy Chair of Fortescue.

Mr Christiaan Heyning has been appointed as the head of decarbonisation. He has a 20-year record of “strongly improving business outcomes in mining and industry internationally, with a very strong focus on sustainability.”

In early reaction the Fortescue share price is up around 2%. It’s interesting to see the changes at Fortescue and FFI – there seems to be quite a few changes at the moment.

Hopefully the shuffling of the leadership positions will help the long-term of the business.

I continue to remain a shareholder of Fortescue because of the greener future it’s working on. However, I’d want to see a sizeable decline of the iron ore price / Fortescue share price before buying more.

There are other ASX dividend shares that I’m looking at for potential income.

At the time of publishing, Jaz owns shares of Fortescue. 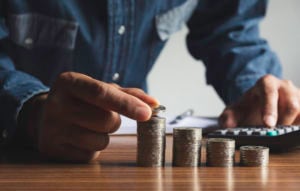 This could be the year to buy Westpac Banking Corp shares… right? 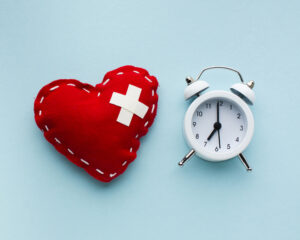