The Magellan Financial Group Ltd (ASX: MFG) share price will be under more pressure today after announcing a further $6.0 billion in client outflows.

This represents a 7.7% decline in total funds under management (FUM) since the last disclosure in February.

Rush to the exit door

It’s been a race to the exit door for Magellan clients as underperformance plagues the business.

The flagship global equities strategies have now lost more than 50% of its FUM since October, from over $80 billion to now just $39.2 billion.

What is the impact on the Magellan share price?

The market has reacted viciously to the outflows, with the Magellan share price down 64% since October.

The reason inflows and outflows are so integral to a fund manager is that it impacts revenue and thus profits.

Magellan earns fees on FUM and records this as revenue.

The average fee Magellan earns is known as the revenue margin.

In the last half, Magellan earned a revenue margin of 62 basis points or 0.62%.

Put another way, for every $1.0 billion of FUM, Magellan earns $6.2 million in revenue.

On the expense side, it has to pay analysts, sales, and support staff to manage operations. 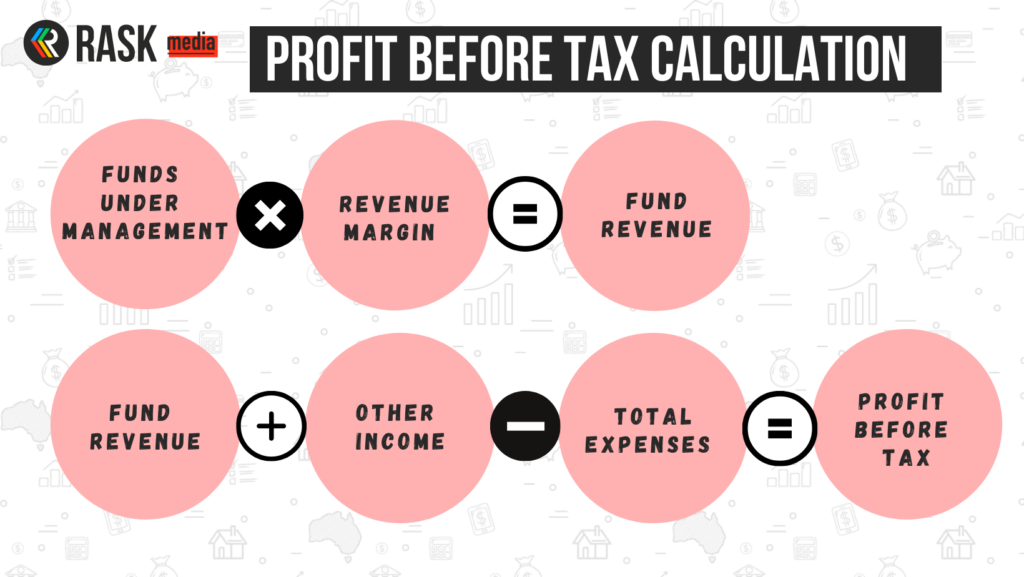 But the opposite is also true.

When FUM is going out the door, and the cost base remains fixed, profits tumble.

Using an estimation of second-half FUM in addition to first-half revenue margin and costs, it’s possible to estimate what Magellan’s profit will be.

For clarity, the $77 billion in FUM is an average of six months from January to June.

The second half profit estimation of $174 million pales in comparison to the first half of $327 million.

Hence why the Magellan share price has come under so much pressure.

If FUM continues to fall over the coming months, expect the profit before tax to keep falling.

In fact, based on the above assumptions, every $1 billion Magellan loses in FUM results in a $3 million hit to the profit line.

Readers should note this is only an estimation. Changes in expenses, performance fees, market movements, and margins will all impact the actual result.

Nevertheless, it’s clear the outflows are having an outsized impact on Magellan’s bottom line.