Uniti Group (ASX:UWL) is more than just a telco – here’s why

Despite being listed for less than three years, Uniti Group Ltd (ASX: UWL) has evolved from a microcap with a market capitalisation of circa $30 million to a valuation above $2 billion.

Let’s take a deeper look at what made this company takeoff.

Not just another telco

Uniti Group is a provider of telecommunication infrastructure and services in Australia. The company operates three business units:

W&I is the jewel in Uniti’s crown and where the company derives 79% of its EBITDA. It’s a high margin, annuity-style recurring revenue business segment with little competition.

To illustrate, when building a house a developer will need to contract for electricity, water and gas connections to the premises. It’s the same for the internet. However, developers only have two options, Uniti (operated under OptiComm), or the NBN.

Post-build, Uniti owns the FTTP infrastructure and charges a fee to RSPs (Telstra, Vocus, etc.) to use the fibre network.

To summarise, Uniti is paid to construct the FTTP. Then it owns that infrastructure and charges recurring fees to RSPs for the useful life of the FTTP (usually 20-25 years).

In reality, Uniti won’t bid for one house. It will bid for large contracts with developers for new greenfield housing, broadacre residential estates and multi-dwelling unit (MDU) developments.

Uniti has been highly acquisitive to supercharge growth. Management has purchased complimentary private fibre network businesses including Telstra Corporation Ltd (ASX: TLS) Velocity assets, OptiComm, OPENNetworks and LBNCo. This has resulted in economies of scale and Uniti becoming a credible alternative to the NBN.

Furthermore, it has opened the door for strategic relationships. For example, as a result of acquiring the Velocity asset portfolio, Telstra has agreed to be onboarded as RSP for the wider Uniti Group fibre network.

Often growth by acquisition is fraught with danger given integration risk and the potential for cultural clashes. However, Uniti has aligned the interest of its new partners by structuring acquisitions with a mix of cash and equity.

In addition to fibre network providers, Uniti has acquired adjacent businesses such as Harbour ISP – a specialist retail broadband provider to greenfield housing estates and MDU developments. Of particular strategic significance to Uniti is Harbour’s close alliances with a number of national property development companies, including Mirvac Group (ASX: MGR).

Management has flagged Uniti’s acquisition spree is on pause for the time being as the company shifts its focus to organic growth. CEO Michael Simmons recently noted Uniti’s contracted order book will grow 20% per annum for the next five years if the business was to do nothing as of today. This will add $120-$150 million to the EBITDA line.

Uniti’s success thus far isn’t a surprise when you look at the experience and incentives of management.

Director Vaughan Bowen owns 10,695,503 shares. He has past experience in mergers & acquisitions in addition to founding M2 Group, which merged with Vocus in 2016.

CEO Michael Simmons holds 5,561,866 shares and has over 40 years of experience in telecommunications with past roles at Vocus, TPG Telecom Ltd (ASX: TPG) and M2.

Chairman Graeme Barclay has 35 years of experience in telecommunications and was previously an Executive Director at Macquarie Group Ltd (ASX: MQG) Infrastructure. He owns 4,636,162 shares.

All participated in the most recent equity raising.

Based on the month of December 2020, Uniti has an annual revenue run rate of $200 million, an underlying EBITDA of $116 million and a free cash flow of $72 million.

The company is taking market share from the NBN, illustrated by Uniti’s 27.0% share of growth in ‘Ready-to-connect’ Premises in CY20 compared to an overall market share of 19.7%.

While the valuation is on the higher side, given the quality of the annuity earnings and potential growth profile, I think Uniti offers potential value.

Admission to the ASX 200 in addition to management stating its desire to raise Uniti’s profile in the upcoming reporting season will provide short term catalysts for the share price.

Moreover, infrastructure businesses command the attention of pension and industry funds looking to acquire stable, cash-generating assets. A recent example is Vocus Group, which was acquired by Macquarie Infrastructure and Real Assets (MIRA) and Aware Super.

I’ve added Uniti to my watchlist and will be looking to purchase shares in the near future. 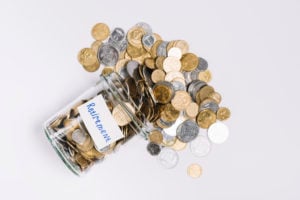 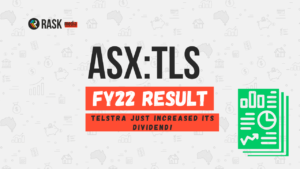