Are Jumbo Interactive (ASX: JIN) shares about to pop? 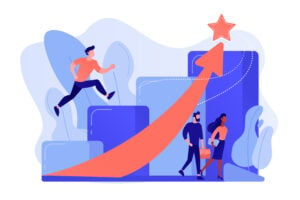 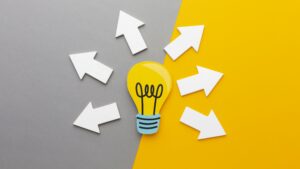 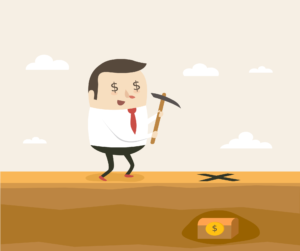 Shares in Jumbo Interactive Ltd (ASX: JIN) have been fairly unloved by investors this year. Take a look at the JIN share price below.

Here’s my explanation as to why that’s happened, but also why I think this company has some exciting growth ahead.

What does Jumbo Interactive do?

Jumbo Interactive Ltd (ASX: JIN) is a leading retailer of official government and charitable lotteries with operations in Australia, the UK, Fiji, and other countries. It operates under an agreement with Government Licensed Operator Tabcorp Holdings Limited (ASX: TAH) which allows Jumbo to be a re-seller of a variety of lottery games that are offered by Tabcorp.

It operates through its flagship platform called Ozlotteries, which facilitates the buying of lottery tickets. More recently, Jumbo has launched a software-as-service (SaaS) platform called Powered By Jumbo (PBJ), which allows other lottery ticket retailers to use its software model for their own lotteries. I will go into more detail on this segment later on in this article.

Why has the JIN share price pulled back significantly this year?

2020 hasn’t been an easy year for both Jumbo and its shareholders. Much of the uncertainty has been surrounding the multi-year agreement between Tabcorp and Jumbo that allows Jumbo to sell its lottery tickets through its platform.

Fortunately, the company recently signed a 10-year agreement with Tabcorp. The agreement will provide a long-term stream of revenue for years to come.

Although this did instill investors with some confidence moving forward, just two months ago, it was announced that Tabcorp had sold out its entire position of Jumbo. The CEO of Tabcorp said the decision was due to the fact that the 10-year deal had been signed and that there was no strategic rationale for continuing to hold shares.

Whatever the true reason for the sale was, it’s never a fantastic sign to see these sorts of share sales and the market reacted how you would expect.

Jumbo has recently announced that its recent acquisition of UK lottery provider Gatherwell has exceeded revenue and profit targets after its first year of ownership.

Jumbo acquired the ethical lottery provider in November 2019 for £5 million allowing it to break into the UK market. The sale agreement was structured so that £3 million would be paid upfront, with the remaining £2 million to be paid out in following years if Gatherwell was able to meet profit and revenue targets. The first earn-out payment of £1 million has been triggered following the targets that have been exceeded.

Jumbo’s transition to a SaaS offering

A large component of Jumbo’s growth strategy is to build its ”software by Jumbo” software business in Australia and overseas. This offering allows other lottery ticket retailers to use a personalised version of Jumbo’s platform to manage their own lottery sales. The suite offers solutions for building and managing raffles with features across marketing, support and analytics that can be used to derive insights into customer behaviour.

Jumbo indicated that it’s trying to tap into a huge total addressable market (TAM) for the PBJ market of around $445 billion. Just 10% of the world’s lottery tickets are sold online, so the company is trying to be strategically placed as there is a gradual transition to online ticket sales.

I really do like the future growth potential of its SaaS platform. I would just point out that it is still really early days and it only has a handful of signed contracts with other lottery providers who use its platform.

It seems like every company wants to be labelled as a SaaS business in 2020 so it can attract the high price tag that comes with it. It’s great to see Jumbo is signing new contracts, and the PBJ segment already contributes around $140 million in total ticket sales, but I think it would be nice to see some more client wins in the near future.

I think the valuation of Jumbo’s shares is pretty hard to arrive at for a couple of reasons.

Firstly, launching a SaaS platform into new markets makes predicting future cash flows very difficult. The only real gauge you have is the total addressable market, but there’s no way of accurately predicting how much of this market will be able to be captured.

The company can release quarterly updates with earnings guidance, but it’s still hard to come to any meaningful valuation based on the total addressable market it’s trying to capture.

I like what the business is trying to do here, but I also think it’s hard to get a sense of value in terms of the share price, despite it being relatively low at the moment. The main risk, in my opinion, is that it won’t be able to distribute its software model into overseas markets, but given that it knows it’s been able to work domestically, it would be logical to think it has a decent chance of moving the product to other markets.

On that basis, I think Jumbo could be a speculative buy. I think the success of Jumbo is really dependant on how well its SaaS platform can be adopted overseas — but that’s hard to predict.

Free report
PrevPreviousS&P/ASX 200 morning report – CBA, FLT and FMG shares in focus
NextHY21 result: Is the Xero (ASX:XRO) share price a buy?Next
At the time of publishing, the author of this article does not have a financial or commercial interest in any of the companies mentioned.