Will the Westpac (ASX:WBC) share price fall after a $1.3 billion AUSTRAC fine?

Investors have learned that Westpac Banking Corp (ASX: WBC) has received a $1.3 billion fine from AUSTRAC. Will the Westpac share price fall?

In November last year we learned that AUSTRAC had alleged 23 million breaches of the anti-money laundering and counter-terrorism financing laws by Westpac.

One of the worst parts of the claims was that allegedly 12 customers made a large number of low value payments consistent with the purchase of child exploitation materials. There were around 3,000 of these transactions which amounted to a total of $497,612 to the Philippines and other South East Asian countries.

Westpac has previously admitted that there were failures at the bank.

Today, Westpac announced that it has reached an agreement with AUSTRAC to resolve the civil proceedings and recommend to the court that Westpac pay a civil penalty of $1.3 billion. AUSTRAC and Westpac will also file a statement of agreed facts and admissions.

As part of the agreement, Westpac has admitted to additional contraventions which contributed to the agreed penalty.

In the first half of FY20 Westpac provided for an estimated penalty of $900 million and associated costs. Westpac will increase the provision in its account for the financial year ended 30 September 2020 by a further $404 million to account for the higher estimated penalty and for additional costs, including AUSTRAC’s legal costs of $3.75 million.

Westpac CEO Peter King said: “I would like to apologise sincerely for the bank’s failings. We are committed to fixing the issues to ensure that these mistakes do not happen again. This has been my number one priority. We have also closed down relevant products and reported all relevant historical transactions.

“This agreement is an important step in the court process. It provides more certainty to all our stakeholders as we continue to implement the measures in our response plan and complete the implementation of recommendations from the reviews that have been conducted.”

What will Westpac do?

It has made “substantial investments” to strengthen its systems, processes and controls to detect and report suspicious transactions.

The bank has recruited around 200 financial crime people to the bank, established a new board sub-committee and created a new executive position responsible for improving its financial crime capability.

It’s also assessing its culture, governance and accountability and are embarking on a multi-year program to improve how it manages non-financial risks. This includes significant investment in training.

This is a big blow for Westpac’s FY20 profit, as if it didn’t have enough going on with COVID-19 right now. As tough as it is for shareholders, AUSTRAC needed to implement a big enough fine to punish Westpac for what it did, or didn’t do. Westpac needs to learn from this.

Westpac will be glad that this chapter is over. I think this and the financial services royal commission shows that banks can face big problems. It’s one of the reasons I wouldn’t want to invest. I prefer other ASX dividend shares like Washington H. Soul Pattinson and Co. Ltd (ASX: SOL).

At the time of publishing, Jaz owns shares of WHSP. 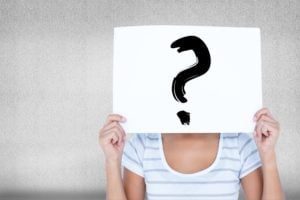