The S&P/ASX 200 (NDEXASX: XJO) and All Ordinaries (ASX: XAO) managed to overcome another 50-basis point (0.5%) rate rise by the Reserve Bank of Australia (RBA) on Tuesday, to post a small gain for the day despite trading lower throughout.

Within the ASX 200, the primary beneficiaries were the consumer sectors, with both staples and retailers up 1.2 and 1.4 per cent, while energy and materials fell by 0.9 and 1.1 per cent as the oil price dipped below US$100 per barrel again. The CSL Limited (ASX: CSL) share price gained 0.7 per cent, supporting the market after management announced they had received full regulatory clearance for the acquisition of Vifor Pharma, of which they hold 97 per cent of the shares.

Debt collector Credit Corp Group Ltd (ASX: CCP) has flagged challenges in reining in bad debts, with the company reporting a profit increase of just 9 per cent in FY22, despite 80 per cent growth in the debt ledgers it holds. Credit Corp are now forecasting a flat profit result in FY23, which sent shares down more than 5 per cent. Meanwhile, once-popular technology platform LiveTiles (ASX: LVT) finally capitulated, falling 35 per cent after management announced their intention to delist from the ASX.

ASX 200 constituent Appen Ltd (ASX: APX) share price fell 27 per cent on Tuesday after the company surprised investors with a weaker than expected result. Appen’s revenue fell 7 per cent due to weaker digital advertising spent from larger customers which sent last year’s $12 million profit to a $3.8 million loss for the year.

The Ramsay Healthcare Group Ltd (ASX: RHC) finished slightly weaker after the company confirmed the termination of its agreement with Bupa after failing to negotiate the terms of a new contract.

Airline Regional Express (ASX: REX) appears to be overcoming the issues facing Qantas and Virgin, with shares gaining 6 per cent after management confirmed they intend to purchase another jet following a “bumper start” to the year.

Dairy business A2 Milk (ASX: A2M) gained more than 7.9 per cent despite the company entering into a trading halt after the company responded to speculation that the US authorities were set to approve its infant formula for distribution in the US.

Rate hikes are clearly having an impact on the market, with mortgages suffering a 4.4 per cent monthly decline.

Global markets finished weaker overnight led by shares in Caterpillar (NYSE: CAT), which sent the Dow Jones down 1.2 per cent. Both the S&P500 and Nasdaq outperformed, falling 0.7 and 0.2 per cent as reporting season continued on a positive note. Shares in Uber Technologies (NYSE: UBER) have defied the tech gloom to add more than 18 per cent after the company reported a doubling of revenue, despite losing another US$2.6 billion due to revaluations of holdings in Grab and Zomato.

Caterpillar was down more than 5 per cent after the company reported strong revenue growth, up 10 per cent, but a weaker than expected profit result as cost increases across the board hit margins. All eyes were on Nancy Pelosi, however, who risked a geopolitical event after arriving in Taiwan, the highest ranking official to do so in close to 25 years. Job openings fell for the third straight month down to 10.7 million. 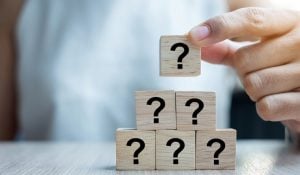 This could be the year to buy National Australia Bank Ltd shares… right? 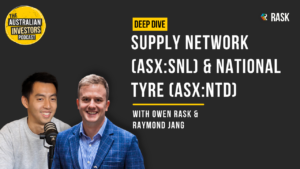